There’s a garbage crisis in Australia. We have a bad reputation when it comes to garbage. The country’s waste management lacks good infrastructure to handle the amount of waste it produces. Instead, the way the system works now creates more garbage than Australia can process in an environmentally friendly manner.

The major causes of our garbage problem include:

A number of different aspects lead to Australia’s weak and inefficient management of garbage. These include the amount of waste the country creates, inability to ship as much garbage to China as Australia used to, rises in electronic waste, reliance on landfills, and lack of reliable, cost-efficient ways to recycle garbage. All these trouble areas add up to a big problem in Australia’s garbage-handling system.

One aspect of this poor infrastructure centers on how much waste Australia creates compared to other countries. A 2018 report showed Australia produced more waste on average than other Western countries. Just how much does it make? Well, in 2016-2017 it was 67 million tons. This waste comes from plastic use, packaging designs, growing e-waste, and food waste.

Can’t Export as Much Garbage

All that garbage has to go somewhere. Until recently, Australia shipped a considerable amount to China, but China’s 2018 changes in policy regarding what kind of waste they will take and process from other countries made it impossible for the country to keep sending as much garbage overseas as it was used to.

With China tightening restrictions, all that rubbish needed to find a new home. That was difficult with Australia having relied on sending 1.3 million tons of recyclable material to China in 2017. The country didn’t have the recycling power to take on that much at home.  That led to a higher number of recyclable materials ending up in landfills.

And with more countries following China’s lead and becoming stricter about what rubbish they will import and process, Australia’s system may be strained further if the infrastructure doesn’t improve.

While Australia produces more waste than other Western countries, it also has a track record of recycling less. This means more garbage ends up in landfills than being made into new products. In fact, out of the 67 million tons of waste created by Australia in 2017, 21.7 million tons is estimated to have been sent to landfills. That’s close to one third of the country’s rubbish simply being buried in the ground!

Sometimes material that is supposed to go to recycling centers has been separated incorrectly. Examples include metal being put in with cardboard or different types of plastic that should be separated being put together instead. This can contaminate the entire batch due to different processes being used to recycle different materials and at different temperatures.

Not recycling enough, means companies are producing more products from raw materials. This leads to more and more rubbish in the long term.

Another thing to think about is the trend to buy the latest electronics, and how many people or companies upgrade phones and computers despite what they currently own still working correctly.

This creates a rise in e-waste, and if people don’t rehome or recycle those electronics, they often end up in the landfill with everything else. Higher consumption levels of products lead to more being made and then to more items becoming solid waste products over time. In other words, the need for the “newest and greatest” technological devices is a dangerous mindset to have. If people aren’t taking responsibility when it comes to recycling electronics, it often leads to perfectly good items being thrown away.

Landfills are an inefficient way to manage garbage, and Australia has roughly 1,168 of them. It takes decades, if not longer, for waste to break down in the ground, and the consequences of trying to manage a country’s garbage with this method do more harm than good.

Instead of eliminating waste, landfills create a space where waste damages the environment. They can lead to materials leaking into water sources, high productions of methane gas from high volumes of food waste, hazardous chemicals hurting wildlife and contaminating the ground, and animals starving to death after ingesting plastic their bodies can’t digest.

Not CHOOSING TO Buy Recycled Products

A part of the recycling process many forget about is buying products from recycled materials. If consumers don’t choose to purchase products with recycled packaging, then the low market and higher costs for them makes producing them unappealing to companies. That defeats the purpose of recycling them to start with. This is a call for the Australian government to put in innovative measures to incentivise consumers to purchase products made from locally recycled waste.

It Costs More to Create New Products from Recyclables

Then there is the cost of recycling. According to an article on World Wild Life’s website, “we live at a time when using virgin plastic is still cheaper than recycling the plastic already in circulation”.

If it is more expensive to process recyclable products than create products from virgin materials, it is a less appealing business model. Companies want to be profitable businesses, so we need a solution that entices companies to choose the recycled good pathway. Once again, potentially ingenious Government incentives need to be masterminded, to encourage the take up of purchasing products that have been packaged in recycled materials.

Unfortunately there are cases where recyclable materials go through the sorting process and are ready to be used again. But instead just sit somewhere instead of being turned into new items. This is called stockpiling and means the recycling process remains incomplete.

An example of this is how recycling companies throughout Australia have run into a problem with taking in recyclable glass. Because it’s cheaper to import certain glass products than to use recycled glass to produce them, these companies are having a hard time finding businesses to take the glass. Instead, it’s building up at these recycling centres and just sitting there. In these situations, recyclables are still being treated as little better than waste, and recycling companies are bordering on the edge of being used like landfills instead of for their important purpose of returning materials into the economy.

The Need for a More Circular Economy

All of these components show a lack of recycling infrastructure in Australia. The good news is that the Australian government has set forth plans to improve this. In 2018, it updated the National Waste Policy to move the country toward a more circular economy. A circular economy focuses on recycling and reusing materials in society for as long as possible. Such a shift would greatly decrease the amount of waste Australia creates. Imagine if all our plastics were picked up on a large scale and everyone used recycled decking rather than new timber. At least it would counter some of the mass construction waste.

It takes time to make such a big change, but when Australia and its people commit to decreasing waste, they can get through this garbage crisis. We can focus on how we generate waste in our own homes. Try and implement strategies to reduce your contribution to our National waste crisis.

Want to learn more about how to help reduce waste? Read some of our other articles such as ‘What are the Benefits of a Chicken Coop Compost Method‘ or ‘What can I Put in a Skip Bin?’ 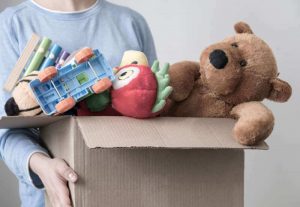 Can You Throw Away Toys? 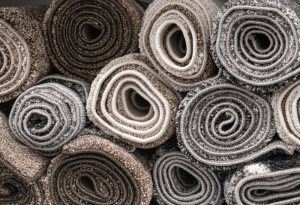 How Do You Dispose Of An Old Carpet? 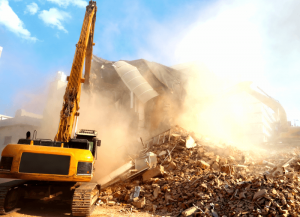 Getting Rid Of Builders Waste – A Helpful Guide 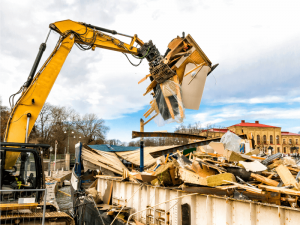 How Can Construction Waste Be Reduced?